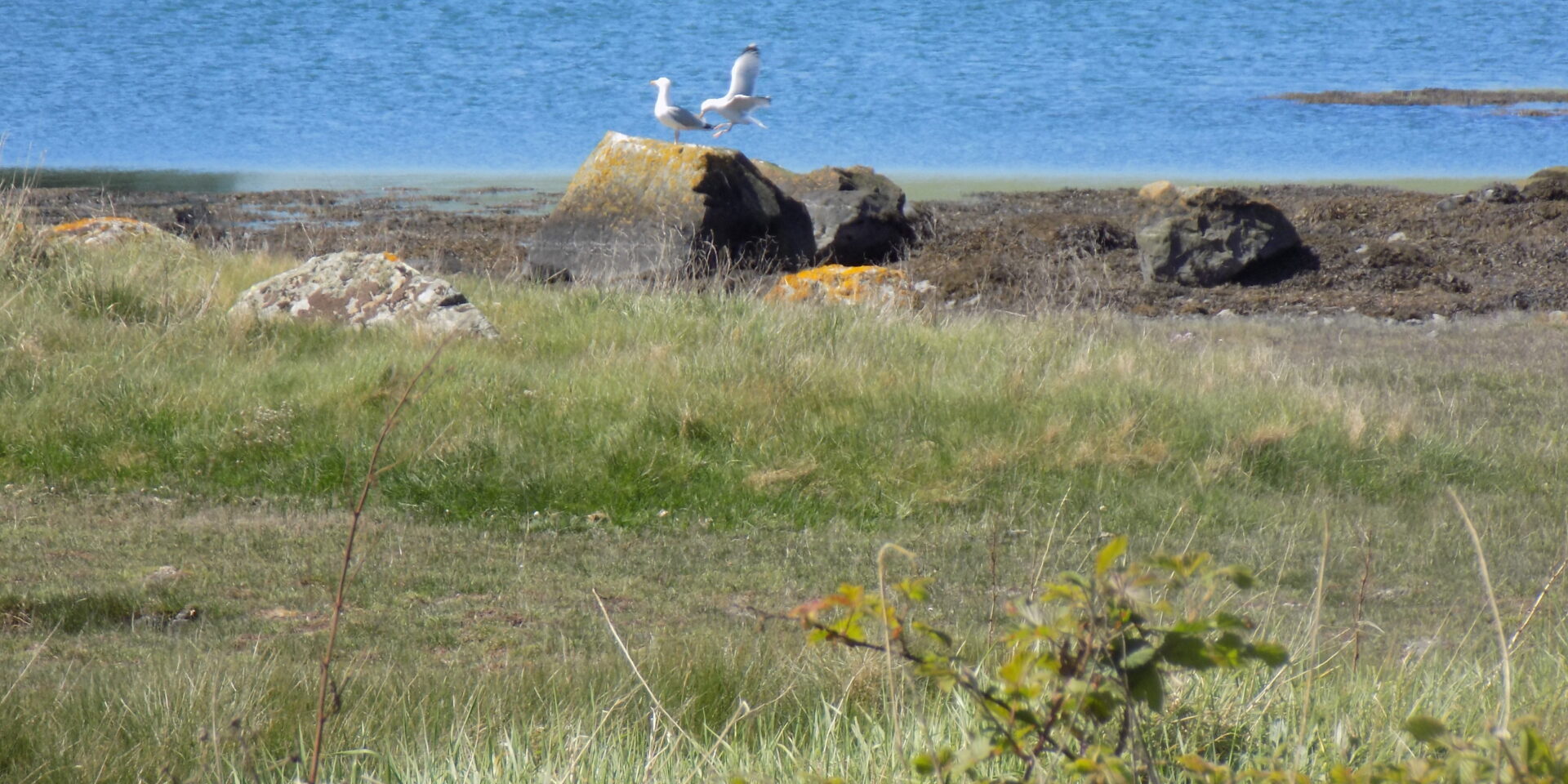 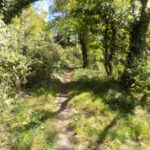 Strangford Lough is the largest sea lough in these islands and it is a Marine Nature Reserve. There are over one hundred islands in the lough. They are drumlins or low hills formed during the last Ice Age and when sea levels rose they were drowned and appear today as islands.My husband told me that many years ago his granny owned one of the islands, Ballywallon,but sold it as she wanted to move and live closer to the local church! 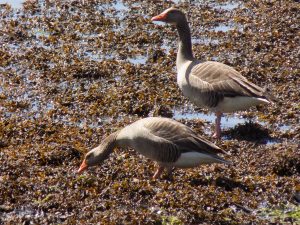 Greylag geese on the shores of Strangford Lough

The lough is renowned for its’ rich biodiversity. I have walked around parts of the lough and have been rewarded with close glimpses of the wildlife and experiences of calm and tranquility. In this article I will share with you my recollections of a memorable walk in May 2017. I set out to walk to Castlehill, a significant landmark in the landscape on the eastern side of the lough. It was a beautiful warm sunny day and as I walked along a quiet track at the waters’ edge I was delighted to spot two greylag geese picking through seaweed and before they became aware of my presence I was able to take a couple of lovely photographs. Walking on further I observed small fish leaping out of the water to catch insects.Apart from that movement there was stillness. Around me on the ground was strewn bright orange coloured seaweed, it was such a vivid colour and I had never seen this type of seaweed before. I remember the silence only broken by natural sounds, birdsong, bees buzzing around, so peaceful and a little paradise.  Lovely wildflowers were all around, delicate and in beautiful pastel shades of lilac.

I could see the ruin of the old church on the hill, roofless as its’ roof was blown off on the night of the Big Wind in 1839. I went into the church ruins now overgrown and with a tree growing out of one wall! It was the family church for the Savages who lived at Castlehill.  They were one of the most important families in Ulster during Anglo -Norman times. Beside the church ruin is an old graveyard and it is fascinating the information which can be gleaned from reading old headstones. Given their age it is remarkable how well preserved many of the headstones are. There is so much heritage and history all around us and there is a true story about a baby who was abandoned in the graveyard, its’ cries were heard and it was rescued and brought up by a local family.

I returned from my visit feeling uplifted and enriched, I had a wonderful experience immersed in nature, observing the slow rhythms of natural world and taking the opportunity to explore a very old country graveyard and church ruins.  As the saying goes the best way to explore a place is through the soles of your feet.

A further bonus  was when I later entered the photograph of the two greylag geese in an Ards Peninsula Photographic competition and it won the wildlife category. As an amateur photographer this has encouraged me to take lots of photographs and to be more observant of the natural world.

The Lough is a source of endless fascination and inspiration for artists, writers and creative people who have settled around it. One lesser know artist was the brilliant young poet Patrick McManus who was born in Kearney and lived in Portaferry on the shores of the lough. He captured the beauty of the natural world around him in his poetry.

Twas a glorious eve when I took my leave

Not a breath of air broke the calm sea where

The vessels at anchor lay

While the flowing tide with its waters wide

On its swift course onward bore

To the distant sea where I soon should be

Far, far from the Walter Shore

The sun had set but his bright rays yet

Remained in the amber sky

While the blackbird’s song as I passed along

‘Neath the trees was loud and high

And my heart beat fast as my eyes as I cast

So I fondly took a last long look

At the Bay and the Walter Shore

If you would like to explore the shores of Strangford Lough with a guide who can share with you stories from around the lough then visit https://sustainablejourneysireland.com/guided-tours-strangford-lough/ 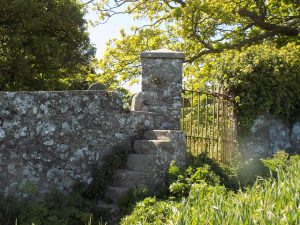 Entrance gate to church and graveyard at Castlehill 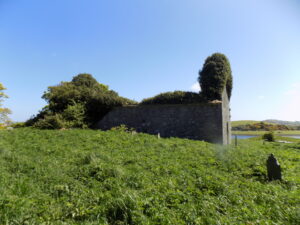 My journey to sustainability
12th June 2020